5/10/20 – At 847pm Paterson FD was dispatched to 81 Beech St for a reported fire. First arriving companies found heavy fire conditions throughout a 2.5 story frame extending into the exposures. A 2nd alarm was called on arrival. With strong winds causing rapidly deteriorating conditions a 3rd and 4th alarm were quickly transmitted. Within an hour the fire had reached 7 alarms and companies had active fire in 6 structures. Tower 2 was dispatched for coverage on the 3rd alarm but got diverted to staging on the 4th alarm and was put to work shortly after. The crew from Tower worked fighting fire in the Oak St. exposures, as well as, working on overhaul in the Beech St buildings. The crew was released shortly after midnight but members stayed at the firehouse until almost 1am cleaning off the tools and disinfecting the truck. 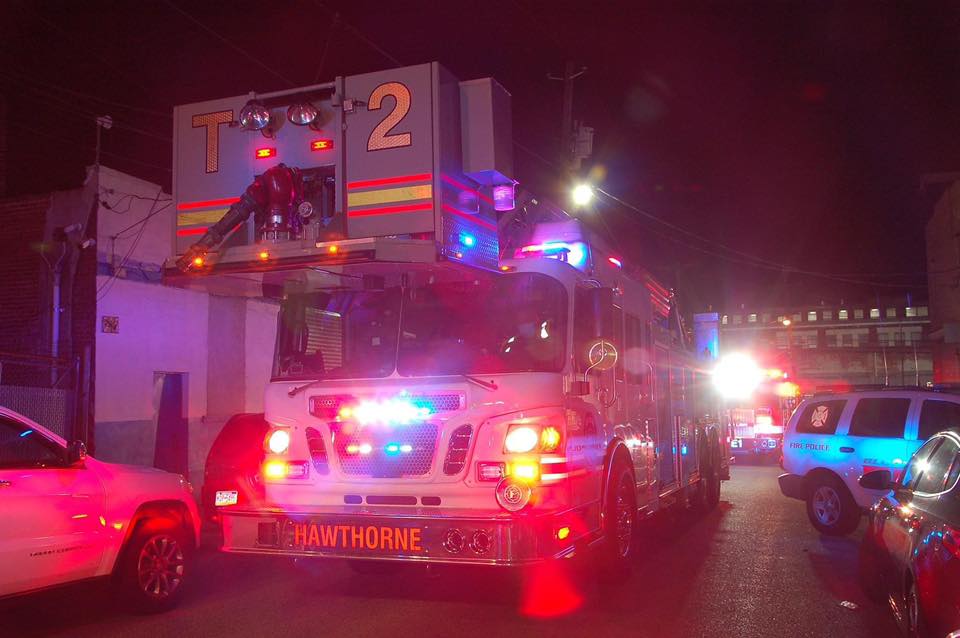