05/13/20 – Tonight just before 8pm the fire department was dispatched to the area of St. Anthony’s school for a reported fire called in by a police unit noticing a heavy smoke condition in the area. Asst Chief Hughes (504) was down the block and quickly arrived and confirmed a working fire. Chief Speranza arrived and assumed command reporting a work van fully involved extending to construction debris and bushes next to it. Due to close exposure problems and the concerns with the van having acetylene and nitrogen tanks inside all companies were working and a Glen Rock engine and North Haledon ladder to cover the Borough. Tower 2 arrived and checked for extension in the exposures then assisted in extinguishing and overhauling the fire. One party received burns when he moved a pick up truck out of the driveway and into the street that was also on fire. All companies were back in service within 90mins and some companies and mutual aid responded to a fire alarm on Hillcrest Ave. pThank you to our ambulance corps, mutual aid, and ladies auxiliary or their assistance.
(Thank you for the photos. Credit goes to a nearby resident Scott Hassa and Judy Kopitar from Tapinto). 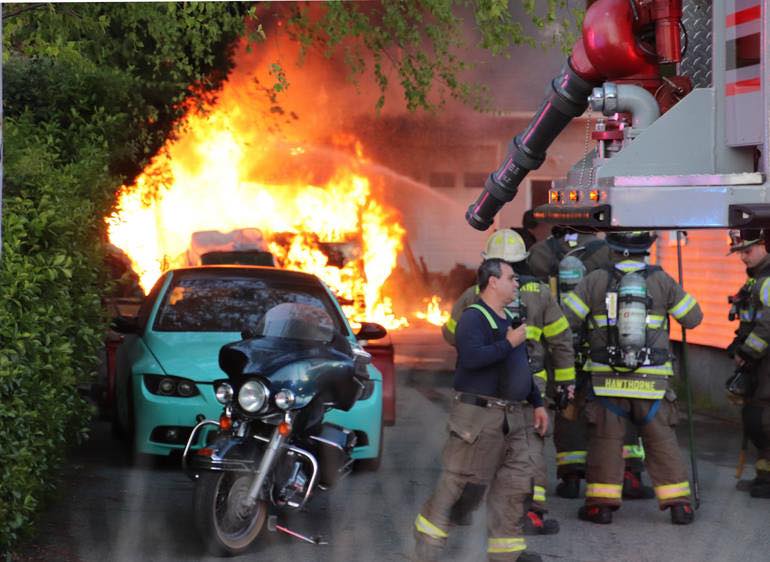 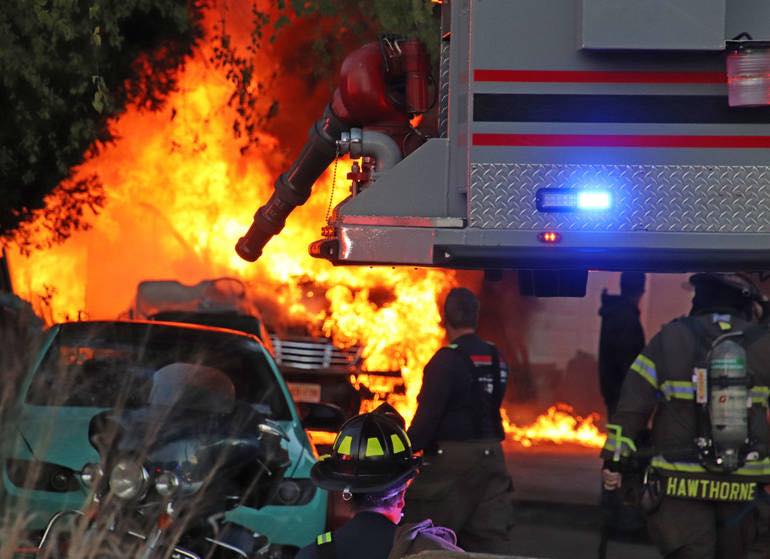 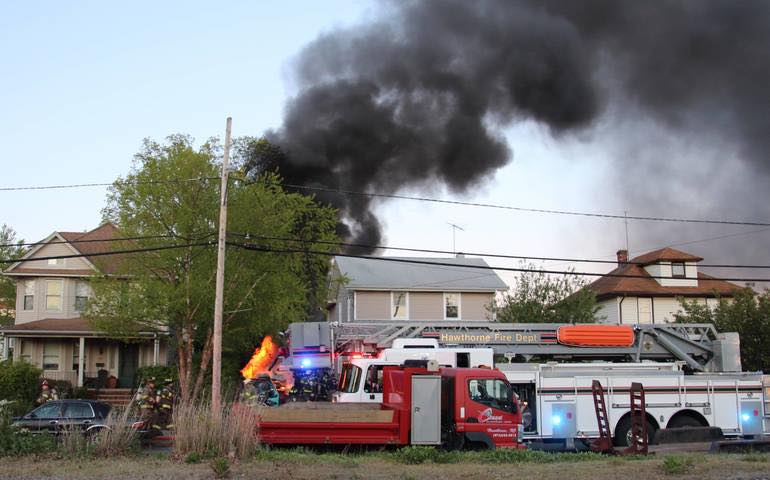